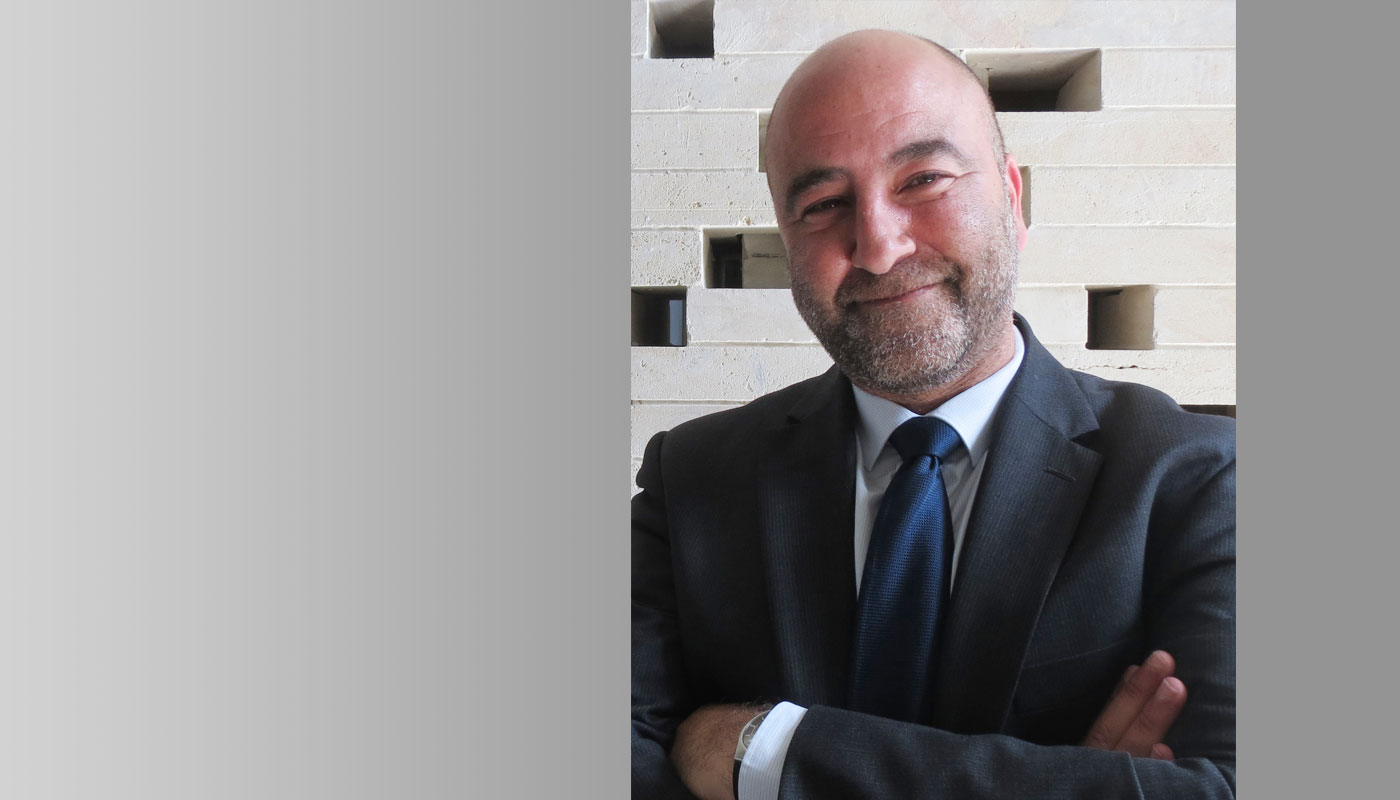 WF: Tell us about Malta's success in diversifying its economy over the years and the role that the manufacturing sector has played in this?

KA: I want to introduce Malta Industrial Parks in the context of the economy. Malta Industrial Parks is a limited liability company working for the government. The government is the ultimate shareholder. Our main objective is hosting eligible projects that fall within the remit of what we call the Business Promotion Act, which concerns legislation for manufacturing. Any projects, whether involving domestic or foreign direct investment, must pass a screening process to operate in Malta. We work hand in hand with another agency, Malta Enterprise which screens potential projects, especially within manufacturing, and once eligibility is approved and due diligence is conducted, we enter into discussions for the allocation of property or related support. That's the full picture of how the process works. Nowadays, in the context of Malta as a country, through legislation or administration, the culture has become very pro-business. We work hand in hand with all entrepreneurs and have a good team for promoting and ensuring that whatever project is approved is sustainable, in terms of both adding value to the economy, from an export perspective or a local perspective, creation of quality jobs, and of course diversification. Manufacturing nowadays is different from what it used to be in the 60s and 70s. Historically, Malta Industrial Parks has operated between 13 and 16 industrial estates, all of which are government-owned, featuring tons of land. Obviously, there are clusters being created within these sectors. So, that's how we operate from an occupancy perspective. It's very positive, but at the same time stressful on people like us who need to host such projects, because we can calculate that our properties have a 95% occupancy rate. We have full occupancy now which reflects this administration's efforts in promoting the manufacturing sector. In the past seven or eight years, we've had a real boom. These are the results of being proactive when it comes to being pro-business. We saw a very constant and steady increase in our occupancy levels, so our inventory is 95% occupied. The challenges ahead are the sustainable creation of space and going for a vertical approach. So, we have five clear objectives that we've set out for the five to ten years ahead.

WF: MIP’s 16 industrial parks host diverse industries including manufacturing, technology, aviation and crafts, as well as pharmaceuticals. What have been the biggest achievements in the development and expansion of industrial estates in Malta in the last 15 years?

KA: Our portfolio is diversified in that we have specialized manufacturing. One of the most important sectors we host is pharma, which is doing well. We're looking at electronics; semiconductors remain another area, which is general industry. Today we are looking at two areas that are really evolving. First, there is what we call the AI sector, which is artificial intelligence also known as machine learning processes. So that's the front or the back end of manufacturing. And companies nowadays subcontract so you can have part of the manufacturing being done by one company, and another part or the core manufacturing is being done by another company. Our challenge is to create the right clusters in the same area to promote efficiencies. Malta is small and and logistics work well, although we have some traffic within the island itself, everything is close to everything else. We have good traffic networks. I think the latest legal framework for the medical cannabis sector, which is booming, managed to attract quite a substantial amount of top, world-class companies to operate here. We have recently launched the first contract with a company that will be operating this process in Malta. That is the first milestone in this specific sector, which we are seeing evolve the way pharmaceuticals did about 10 years ago. Another cluster that we are very fond of is aviation. That is, not for commercial tourists coming for holidays, but all the facilities that surround the airport. There's a good cluster of maintenance, repair and overhauls, which we call MRO. There are two main players in Europe: Lufthansa Technik and SR Technichs who are operational already and are expanding. We have other smaller clusters, such as video creation. In fact, MIP has recently teamed up with the Ministry of Tourism and Aviation to working on a strategic master plan for the airport, which will be planning for the coming 15 to 35 years. In a way this is future-proofing. There's another area that is more cultural. We operate what we call a craft village at the centre of the island, in a town below Mdina. It was a promise to the Maltese people that the administration made to provide infrastructure to regenerate craft tourism in a village. The government fulfilled its obligation to install the infrastructure, and now we are revamping it. Now we have individual operators investing in their properties. By 2020, the target is to have revamped the village and have it running as it should be. There are various industries, from crafts to aviation to multi-tech companies, that are good economic prospects. One leads to the other, like a chain reaction. Our plan is to maintain this space, keeping sustainability and the environment in mind in the long term. We've set out five main objectives. As the government, we need to provide support, but at the same time, ensure that projects are sustainable. The next step is customer relationship. We've been working hard on building up relationships with our customers. We're not a landlord collecting rent, but the culture is to be a proactive landlord to ensure that our tenants are being supported and that projects are sustainable. It's a continuous relationship that generates positive hype and ensure that if there are hurdles to be overcome, these are flagged at a very early stage so that we can intervene and resolve them before they cause disruption. The third objective is green infrastructure. We are working on a couple of schemes whereby our properties through their own tenants generate alternative energy. That's an idea that we're working on. These objectives are rolled out in a 5-to10-year master plan, which will focus on generating properties but at the same time maintaining them.

WF: How would you like to invite new players from Spain to come to Malta and set up in your industrial parks?

KA: When networking like this, you never know what is going crop up from a discussion like we're having today. There's opportunity in anything in the world, whether it's about business or sculpture, whether it's country-to-country, it's always like a relationship. I personally believe in open discussions. I also believe that where there's a challenge, there’s an opportunity. You rightly mentioned infrastructure, for example. From the government's perspective we have a good vision and a good plan going forward when it comes to infrastructure. Now we’re at a crossroads: we've done good, we want to maintain the good work we've done, and we want to keep on improving. What's happening is that on the one hand the economy is booming, but that puts stress on some other issues, in our case the generation of more property, while at the same time finding the fine line between that and mitigating environmental effects. We need to be sensitive. On the other hand, operators need resources, whether it's human resources, capital, or mechanical equipment. We're a tiny island with a small population. The way government has taken action to facilitate the migration of workers for a specific period until the population resettles accordingly. In infrastructure, there's a whole plan to expand the road network. There are 100 million euros planned for the new road network. Transport Malta is working on alternative public transportation systems. When you have that vision and you see all these projects, which are managed by authorities or entities that are really working to attain their goals, there's a platform. Similarly, there is economic gain in our industrial areas, so we opened up our network within the same entities, collaborating together on the basis of a memorandum of understanding so that we can share resources and avoid duplications. If we're working on a specific project and there might be a link with our road networks, let's work together. I think that's the main advantage of being in Malta. Wherever we see a good idea, we can rope in specialized people and work together. Gozo is our sister island, which is being connected to us through a tunnel. We have a small industrial park in Gozo, which has a lot of potential. We are looking to work with major companies who have worked in mainland Europe, and from whom we can learn. Of course, procurement basically follows a transparent process set out by central government guidelines. Consultations can always happen before we launch a project to ensure that whatever is being planned is efficient and sustainable. That you can only learn from international companies. Life is a learning process, but at the same time we manage risk with whatever we do. We are there to take the risk but in a manageable way. One idea that is quite new and that we are preparing for is AI. We're not really into blockchain because that's finance. But we are into AI and life sciences and related matters and are creating an inventory for these sectors. In fact, we have a pilot project in Gozo. We have created a cluster that should primarily host AI-related companies. We have two eligible projects already, and we'll be inaugurating those premises in November. AI is an interesting field, but the idea is not just to have operators working on their prototyping, but also any of those operators can provide services to any of our other tenants or the broader industry. So, being here is something that can evolve. That would be ideal as a test case when it comes to qualitative and related research. And Gozo is even better because it's a small island and has a population of 30,000. It would be ideal as a research possibility.

WF: What would be your final message to our readers?

KA: Our message would be that Malta has done well, and that people like us managing companies and entities look forward to keeping up this momentum and are always on the lookout for innovation. We're there to tap into novel, innovative ideas and make them happen if they give value to the economy.